Rebosio’s first installation of rail insulators in the UK came in 1992 on the Salt Coats line in Ayrshire. The ceramic insulators on this line, which runs along the coastal boundary, were having significant problems with flashovers from the high saline atmosphere. Rebosio Isoflon-E insulators offered immediate improvements in terms of reducing flashover incidents and greatly extended lifespan. Since that time Rebosio has established itself as the leading supplier of European rail insulators thanks to continued investment in updated products and manufacturing technologies. 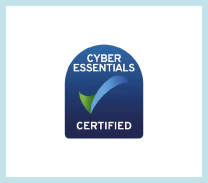